Tarzan is a Musical based on a 1999 Disney film of the Same name and the story by Edgar Rice Burroughs. Music and lyrics are written by Phil Collins, with a book by David Henry Hwang. Bob Crowley designed and directed the original production. The musical began previews March 24, 2006, and officially opened at the Richard Rodgers Theatre on Broadway on May 10, making it the only Disney Theatrical Productions production without an out-of-town tryout. Danton Burroughs, grandson of Edgar Rice Burroughs, attended the opening night gala, as did Phil Collins. The production was nominated for a Tony Award for Best Lighting Design of a Musical (Natasha Katz). Due to poor ticket sales, the show closed on July 8, 2007 after 35 previews and 486 performances.

Off of the West African coast, a young English couple and their newborn son barely survive a shipwreck and land in Africa. They construct a tree house for their son before being killed by a leopard. In the African Jungle, Kerchak, the leader of a tribe of gorillas admires his new infant son with his mate, Kala ("Two Worlds"). The leopard suddenly appears and kidnaps the newborn baby gorilla. Kala goes off to find her son but finds the human boy instead and names him Tarzan. She mothers him and raises him despite Kerchak's refusal to treat Tarzan as his son ("You'll Be In My Heart"). Tarzan cannot keep up with the tribe and Kerchak views him as a threat. Tarzan is befriended by the lighthearted Terk, a young gorilla who teaches him the ways of the gorillas ("Who Better Than Me"). Kerchak finds Tarzan constructing a spear and he exiles him from the gorilla tribe ("No Other Way"). Kala worries for him and goes off to find him. She discovers him despairing by the water's edge ("I Need To Know"). Kala tells him that even though they look different, underneath the skin, they are just the same. Years pass and the young boy grows into a young man, athletic and resourceful ("Son of Man"). Kala tries to convince Kerchak to accept Tarzan ("Sure As Sun Turns To Moon"). Kerchak won't change his mind until Tarzan kills the leopard that has been terrorizing the tribe. Suddenly, gunshots are heard throughout the jungle, causing the tribe to scatter, but Tarzan investigates. Deep in the jungle, Jane Porter, a young English naturalist, is overwhelmed by the thrillingly diverse jungle life ("Waiting For This Moment"). While exploring, she is attacked by a giant spider but is rescued by Tarzan. Tarzan and Jane carefully assess each other as they realize their similar qualities ("Different").

At the Porter expedition site, Terk and the other gorillas do some redecorating ("Trashin' The Camp"). Jane returns to the site with Tarzan, and she is thrilled by the tribe of gorillas. Kerchak arrives and scares the gorillas off. Jane tries to convince her father, Professor Porter, and their guide, Clayton that she discovered a wild man and a tribe of apes. Kerchak forbids contact with the humans but Tarzan and Jane grow to love each other and Jane tells her father more about the wild ape man ("Like No Man I've Ever Seen"). Clayton becomes jealous of their love. Jane tries to teach Tarzan more about humans and human life ("Strangers Like Me"), as she tries to cope with her emotions ("For the First Time"). She tries to tell her father to stop the plans of killing the gorillas but Clayton refuses and tricks Tarzan into taking the humans to the gorilla nesting grounds. Tarzan asks Terk to help him by keeping Kerchak away, and Terk agrees ("Who Better Than Me (Reprise)"). Kerchak arrives anyway, scattering the humans and demanding that Tarzan choose who he is. Kala shows Tarzan the treehouse his parents built and he discovers all of their belongings ("Everything That I Am"). He decides to go to England with Jane and live as a human and he tells Kala his decision ("You'll Be In My Heart (Reprise)"). Clayton kills Kerchak and the tribe convinces Tarzan that they need him to stay ("Sure As Sun Turns To Moon (Reprise)"). Jane agrees to stay with Tarzan in the jungle ("Two Worlds (Reprise)").

Differences from the film and musical 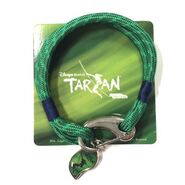 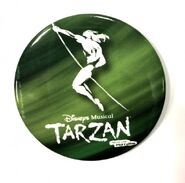 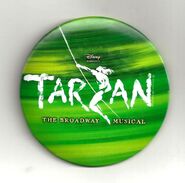 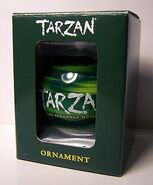 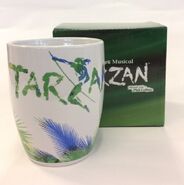 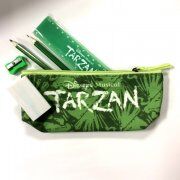 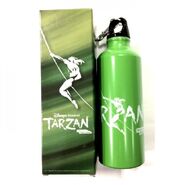 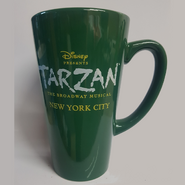 Retrieved from "https://disneymusical.fandom.com/wiki/Tarzan?oldid=11160"
Community content is available under CC-BY-SA unless otherwise noted.